Perhaps I see this because I’ve been involved in birth since the 70s, but I am starting to feel that the discouraging of expectant parents to attend childbirth education classes or seek out doula care is a step in the process of dumbing down expectant women.

Here’s why I think the way I do:

1970s – women were in the middle of the Women’s Movement, discovering our voice and asking….no DEMANDING what we wanted.  For some, this meant equal pay, for others, no bras. 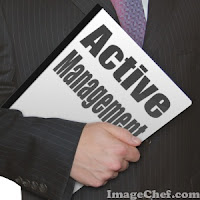 For many of us, it was somewhere in between.  However, the most productive thing, IMHO, that came out of the 70s was the raw education of childbirth.  We as educators did teach the truth.  We taught the evidence.  We taught innovative ways to achieve “natural” childbirth.  The question was, if we are teaching “natural” childbirth, then the use of interventions made it “unnatural”, right? Great strides were made because the consumer was knowledgeable and asked for what she wanted: her husband or partner to be with her during labor and birth, letting labor begin and progress on its own, be in upright and gravity positive positions to facilitate the cardinal movements during labor.

1980s – every childbirth educator wanted more women to be reached through education.  Some of us who had taught as part of a community based program rejoiced with the fact that childbirth education classes were moving to the hospital setting.  The hospital would be responsible for providing a spot for classes and also the cost of marketing the classes.  All the childbirth educator had to do was show up and teach.  No more dragging all of our equipment, lending libraries and charts to class each night.  That was all provided by the hospital.  Along with marketing OB program with freebies such as free carseats and free steak dinners, you could take your childbirth class right here – and also take a tour of the area that you would be birthing your baby.  The catch word of the day was “co-opted”.

But somewhere between 1986 and 1991, a move began to monitor what was being said in the hospital childbirth classes.  Slowly, more information about what could be expected at that facility wove its way into the curriculum.  Topics such as good nutrition for optimal health, exercise, and practicing relaxation were replaced by in-class hospital tours.  This was important because now, there were not separate labor rooms and delivery rooms.  Birthing chairs were being replaced with specialized beds that could be used for labor, delivery, recovery and postpartum - LDRPs.  Certainly parents needed to see that area.

Later in the 1990s, there seemed to be more and more women who had stalled labors about 5-6 cms. Before examining if women were being fed and hydrated, Pitocin was the choice to stimulate labor.  And because when you administer Pitocin to a mother and the medication crosses the placenta to the baby, mothers needed to be monitored with the external or in some cases, the external fetal heart monitor.

Because of the Dublin study of 1992, active management of labor (amniotomy, Pitocin, monitoring) with a suspected outcome of 12 hours of labor presented itself.  I don’t think it was ever quite replicated like it was in the Dublin study because on its journey across the pond from Ireland to the US, a key component dropped off into the ocean: continuous labor support.  Answering that call was DONA and ICEA with birth doula training programs.  Standing firmly on the research by Drs. Marshall Klaus and John Kennell, doulas enjoyed a boon in the mid to late 1990s.  Doulas closed the education gap left by abbreviated and shorter childbirth education classes and women began to come into their own once again.

Childbirth classes became shorter and shorter in the hospital setting and educators were told that parents were asking for these shorter “express” classes due to the busy life style of the new century.  More and more vital content was extracted from curriculum until all you needed to know about labor and birth was available in just four hours on a Sunday afternoon.  In some cases, expectant parents were actually discouraged from taking childbirth classes or hiring a doula.

During the 2000s, there was pushback for the lack of content available in childbirth education classes.  With the advent of the internet, childbirth education organizations such as ICEA, CIMS, ICAN,  Lamaze International and Maternity Center Association (now Childbirth Connection), stepped up to reach a larger audience with website, Facebook, and other social media showcasing evidence based maternity care.  A larger focus was made on the fact that “best practice” is evidence-based.  However, in many settings in the US (and other countries as well), “best practice” is not what is being presented.  “Tradition” is what IS being practiced. “That is the way we’ve always done it” became the standard, albeit “the way we’ve always done it” might be 25+ years old in the evidence.

There is no denying that medical interventions have saved countless lives.  However, 85% of pregnancies and labors can proceed without major complications.  Only 15% need intervention.  Have we over the past few years tried to dumb down expectant parents to fall in line with traditional practice?  Have we put in harm’s way women and children for the sake of shorter classes, dysfunctional active management of labor, elective inductions or cesareans?  Have we answered the question of fear of childbirth with medication rather than rationalization and education?

We cannot sit on our laurels as we did in the 1980s and enjoy the fruits of the labor without striving for consistently evidence-based best practice for every woman.  Women need to be free to make informed decisions based on their first-hand knowledge of alternatives.  We as professionals owe it not only to the women we care for but also to the babies who will be our next generation.

Keep educating in every way you can.

Use every means available.

For it is not the birth professional banging on the hospital door that creates change.

It is the informed and educated consumer.
Posted by Unknown at 5:04 AM

Connie, I couldn't have said it better myself. You always make such a good point in your posts! I actually resigned from a very "cushy" hospital teaching job when they told me I could no longer teach the negative aspects of getting an epidural. I was allowed to say NOTHING negative about them at all, not even the known risks of epidurals. That was it for me! Ever since then, I've been teaching my OWN Lamaze classes to private clients who get a complete, evidence-based education about birth. I'm proud to say that I also just completed a DONA Birth Doula Training Workshop and am now working to become certified. I'm going to do everything in MY power to fight this "dumbing down" of expectant parents. Thank you for your wise words - as always.

Connie, I agree with your points.